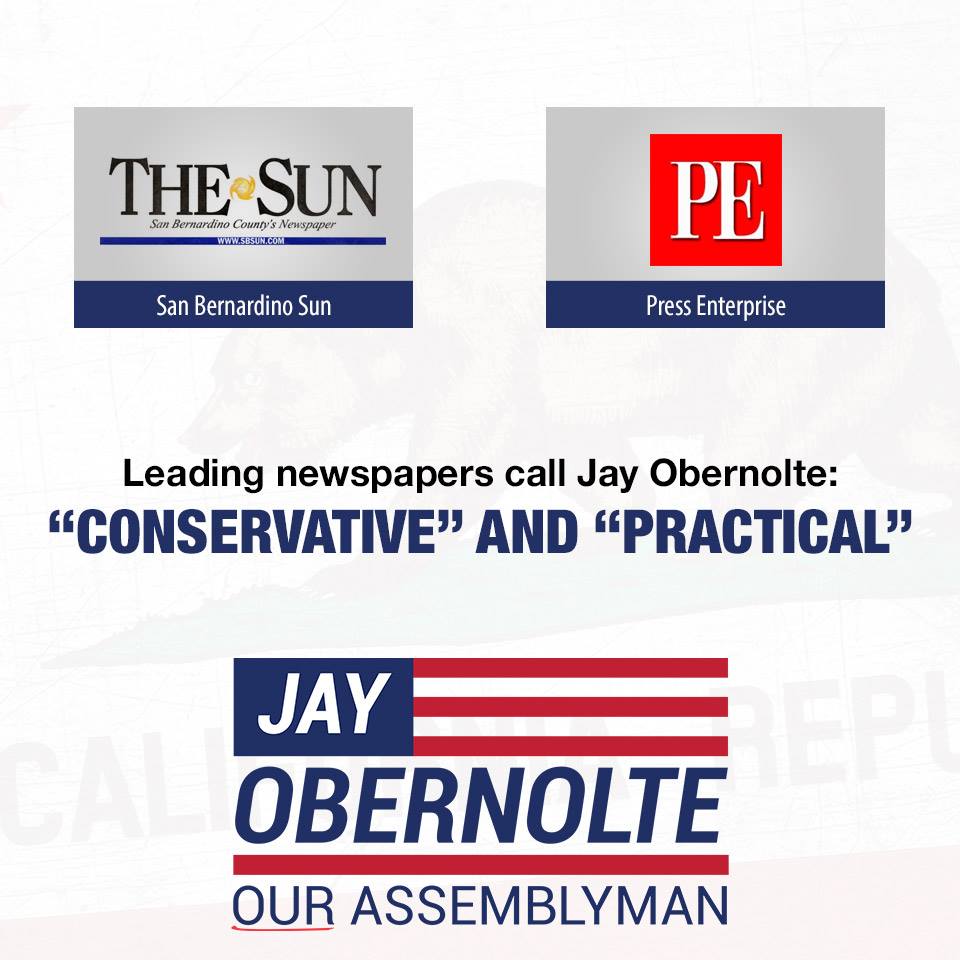 Assemblyman Jay Obernolte has made quite an impact in his first two years in the state Legislature, especially for a member of the minority party.

The former Big Bear mayor and council member has seen 19 of his bills signed into law by Democratic Gov. Jerry Brown during the 2015-16 session, more than any other Republican member of the Assembly. That’s quite a change from the 33rd Assembly District’s previous occupant, Tim Donnelly, who spent his time in the Assembly tilting at windmills and running for governor.

Obernolte, a Caltech grad who still runs the video-game business he started in his dorm room 25 years ago, takes a practical approach to legislation. Many of his bills are what he calls “anti-legislation” — fixes to previous legislation that has omissions, has backfired or caused unintended and unwanted consequences.

Some of his bills that became law:

• AB809 requires that local measures to impose or raise a tax have included in the ballot statement the amount to be raised annually and the rate and duration of the tax. Simple, but that wasn’t required before.

• AB2741 allows government agencies to save hundreds of thousands of dollars by using electronic signatures.

• AB1773 fixed an omission in existing law that lets Victor Valley Wastewater Reclamation Authority save $400,000 annually on power costs, and clears the way for other joint powers authorities to save money by using renewable energy.

Obernolte co-authored last year’s SB229, by Sen. Richard Roth, D-Riverside, to fund 12 judge positions, some of which would have come to the judge-deprived Inland Empire; the governor vetoed it. Obernolte authored AB2341 this year to reallocate judges to the IE but it died in committee. Obernolte, vice chair of the Assembly Budget Committee, plans to address the issue in the budget process next year.

A staunch conservative, Obernolte credits much of his legislative success to his relationship building in Sacramento, where he is willing to floor-manage a bill in the Assembly for a Democratic senators when the bill addresses an issue they agree on.

District 33 voters should re-elect Jay Obenolte as their Assembly member on Nov. 8.