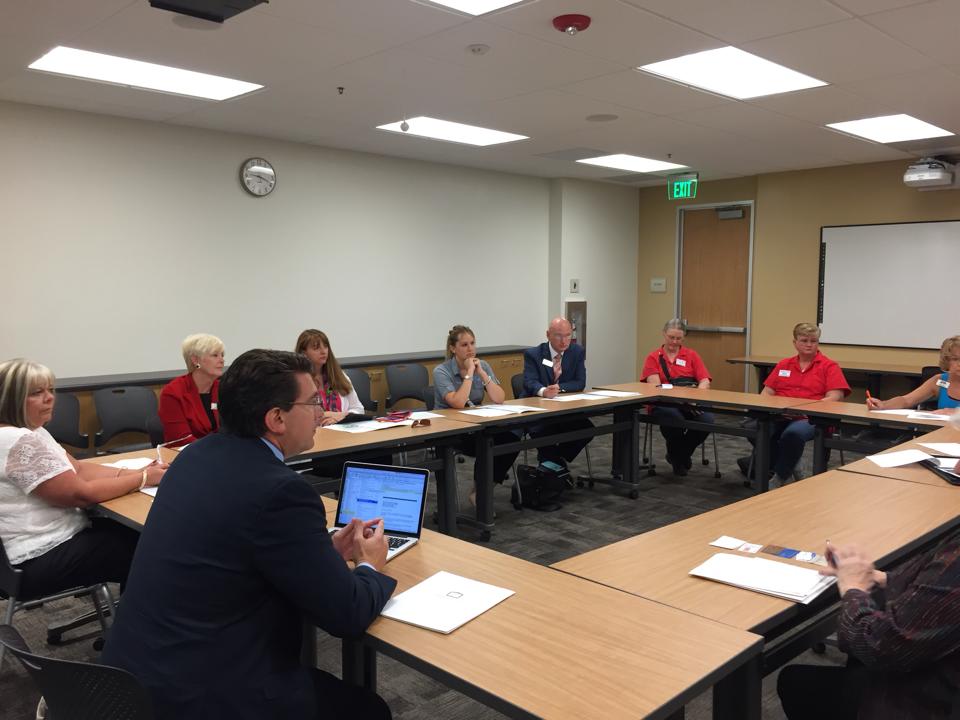 Five of the 10 worst road systems in the U.S. are located right here in California, according to recent findings released by The Road Information Program. Here in the Inland Empire, an astounding 46 percent of our roads are badly in need of repair.

Furthermore, the Bay Area and Los Angeles have the roughest roads in the nation, with over 74 percent and 73 percent, respectively, of their streets and highways rated as poor.

This is completely unacceptable, especially considering Californians are subjected to the fourth highest gas tax in the nation. Add this to the fact that each year, poor road conditions cost drivers in the Inland Empire an astonishing $800 or more on average in vehicle operating costs, and it’s clear that California’s road maintenance backlog is an expensive crisis to ignore.

How can it be that we pay among the highest gas taxes in the nation, yet our roads are among the worst? Unfortunately, as is the case with a number of political enigmas in the Golden State, Sacramento budget gimmicks are to blame. The sad reality is that many of the taxes and fees imposed on drivers and slated for improvements to road infrastructure are diverted to other uses.

In 2011, the Legislature enacted a number of recession-related budget cutbacks and passed a law that diverted $1 billion in annual revenue from vehicle weight fees (payments made to offset the costs of damage done to our roads by heavy trucks) to repay bond debt. Fast forward to 2015, and California has passed a record $117.5 billion budget. Our state is no longer in the red, and these budget gimmicks are no longer needed.

Gov. Jerry Brown has called a special session of the Legislature to discuss our state’s transportation funding crisis. The timing is not coincidental: The Department of Transportation faces a $5.7 billion funding gap to adequately maintain our roads.

With record-high levels of spending and nearly $10 billion in new tax revenue projections, logic dictates that the Legislature should make funding our aging roads and highways a budget priority. Instead, the proposed solution is to ask taxpayers to pay even more in order to cover this funding shortage – an idea that many of my colleagues and I find irresponsible, given the amount of existing transportation tax that is being diverted to other uses. Some of these new tax proposals include increasing our gas tax, diesel fuel tax and vehicle registration fees.

The special session does provide us with an incredible opportunity to make a lasting impact. California’s constitution requires the Legislature to secure a two-thirds vote in order to raise taxes. Accordingly, legislators have the chance to take a meaningful stand for fiscal responsibility. But it is important to note that my colleagues have an obligation to do more than simply criticize the situation we have found ourselves in as a state or vote against the majority party. Rather, we were sent to Sacramento to advance commonsense solutions and pave a way forward so we can avoid this funding crisis in the future. Returning vehicle weight fee revenue to its original purpose of funding highway maintenance is just one component of a commonsense six-point plan that my colleagues and I have offered as an alternative to fix our roads without raising taxes.

Failing to fully fund our transportation infrastructure has dire consequences for California. With skyrocketing gas prices squeezing the budgets of the hardworking middle class, tax increases are not the right decision for California. If the Legislature is serious about transportation funding, we can improve our roads without new taxes – by using our existing tax revenue for its intended purpose.

Assemblyman Jay Obernolte, R-Hesperia, represents the 33rd Assembly District. He has been appointed to serve on the Assembly Finance Committee during the special session on transportation funding.