Op-Ed: State Water Board has high demands for High Desert 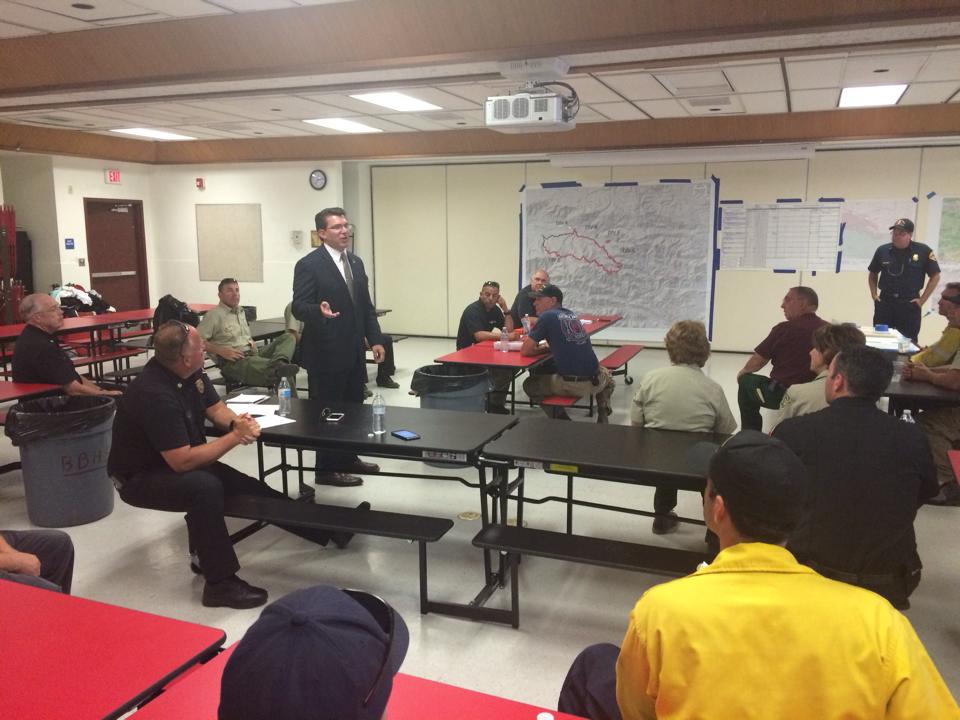 As California enters its fourth year of a historic drought, the governor and Legislature have both called for a sweeping reduction in water use. Recently, Gov.

Jerry Brown signed an executive order requiring water districts to reduce their water use in order to reach a statewide savings of 25 percent.

While conservation is important, this mandate unfortunately does not treat all communities equally.

Our High Desert communities have always appreciated that water is one of our most valuable resources. We’ve made incredible strides in reducing water use long before the governor’s mandate was even issued. Since early 2000, residents, local businesses, and water agencies alike have taken steps to conserve water given the arid nature of our region.

Some agencies (including the Apple Valley Ranchos Water Company) have reduced per capita water use by over 50 percent in the past 15 years. Moreover, the Inland Empire has averaged a 25 percent reduction in water use since 2008.

Unfortunately, the original formula that the State Water Resources Control Board (SWRCB) used to determine how much each agency must cut back would have significantly impacted our High Desert region. The formula was based solely on water usage during September of 2014 rather than considering prior water reductions that have been achieved over the last 15 years. It also left out other important factors, including average temperature, population density and population growth since 2013.

Trying to grapple with the enormous task of making further reductions, water districts in our local communities provided input to SWRCB hoping to influence the outcome of the emergency drought regulations. Furthermore, I recently signed a bipartisan letter to the board asking the agency to reconsider its formula. We asked SWRCB to consider factors that uniquely impact the High Desert including its hot and dry climate, low-population density, and high population growth since 2013. We also asked the board to take into account prior conservation efforts already made by our region.

The SWRCB did make minor revisions to its original formula, but regrettably the High Desert region did not receive enough relief and is still tasked with meeting aggressive water reduction mandates.

Meanwhile, San Francisco and Los Angeles are only required to reduce water consumption by approximately 10 to 16 percent. These cities do not face the same challenges as the High Desert because they benefit from cooler coastal temperatures, higher-density housing, and slower population growth. All of these factors combine to make it much easier for households along California’s coast to use less water.

While all Californians need to do their part and conserve, it is also crucial that the state do its part and invest in water storage infrastructure in order to minimize the effects of future droughts. In November of 2014, voters passed Proposition 1, a $7.5 billion water bond that designates $2.7 billion toward water storage.

This funding will be used to build two reservoirs — the first built with state dollars since 1973. These projects will add up to three million acre-feet of new storage capacity in the state, yield up to one million acre-feet annually in new water supply, and will greatly increase the reliability of our water system throughout California.

The SWRCB formula is not realistic for the High Desert and will put an undue burden on the communities in my district that have already made significant and concerted efforts to cut back. Although I certainly support conservation efforts and commonsense policies that help alleviate the current water crisis, I will continue to fight to get these statewide mandates altered to ensure more equitable treatment of the High Desert.

—Jay Obernolte represents the 33rd Assembly District, which includes most of the High Desert, in the state legislature.