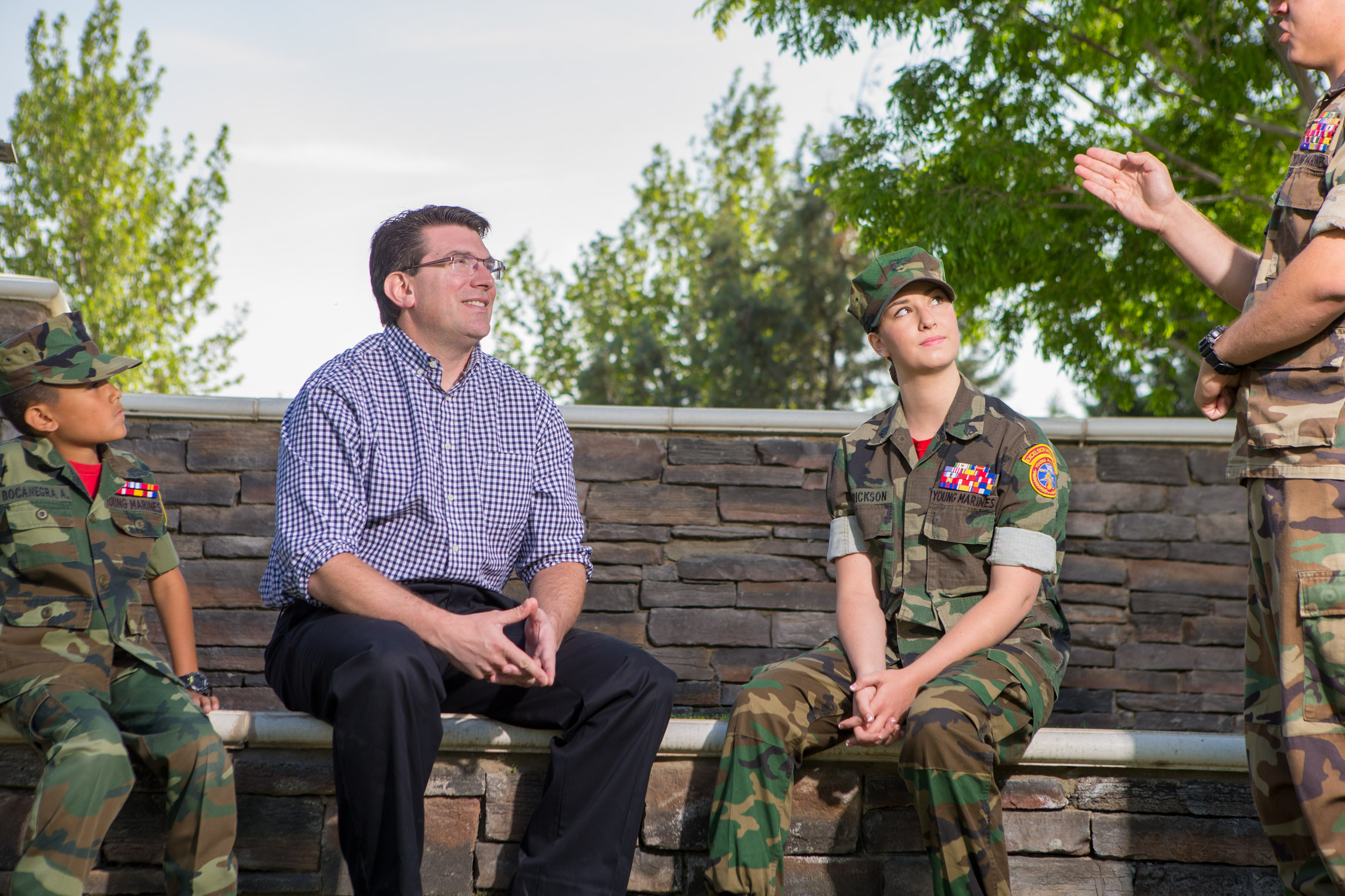 Sacramento, CA – A section of Highway 18 could soon be designated as the “Rim of the World Veterans Memorial Highway.” Assemblyman Jay Obernolte (R-Big Bear Lake/33) has introduced Assembly Concurrent Resolution (ACR) 21 requesting Caltrans install signs in the right-of-way on Highway 18.

A media release from Assemblyman Obernolte’s office indicates that the highway dedication is the result of a collaborative effort between American Legion Post 360 and Veterans of Foreign Wars (VFW) Post 9624, who will be sponsoring the designation with non-state funding.

“The San Bernardino Mountains are home to veterans who have served in conflicts since World War II,” Obernolte’s release stated. “Naming a segment of Highway 18 is a small way to honor those service members and remember the sacrifice they have made for our freedom.”

“Not all vets up here belong to the VFW or the American Legion. Some of our past veterans from WWII had some colorful and memorable times in the service. One was an Iwo Jima marine survivor, some served in the Pacific and some went from D-Day to Berlin,” Gary Duncan, Commander (ret.), VFW Post 9624, added. “The origination up here now is predominantly Vietnam vets and our ranks are growing with Afghanistan/Iraq vets. We have some from Grenada, Panama, and other campaigns. Renaming a portion of Highway 18 in their honor is a well-deserved recognition of their service,” Duncan noted.

“This highway commemorates the sacrifices made by all Armed Forces veterans and their families who have lived in the western communities of the San Bernardino Mountains during the past 90 years,” Robert Tiberi, Lieutenant Commander (ret.) of the United States Navy and Historian, American Legion Post 360, was quoted as saying in the news release.

“It is the hope of Post 360 that every time a resident drives along this Memorial Highway or a visitor sees the signs for the first time that he or she will take a moment to thank those who have served their country and their community,” Tiberi said.

The resolution still needs to make its way through the State Legislature before the California Department of Transportation (Caltrans) can begin the process of furnishing the highway with signs. ACR 21 requires a simple majority in both houses. The governor does not sign and may not veto.

Once Obernolte’s resolution is approved, VFW and the American Legion will provide the necessary funding for the installation.