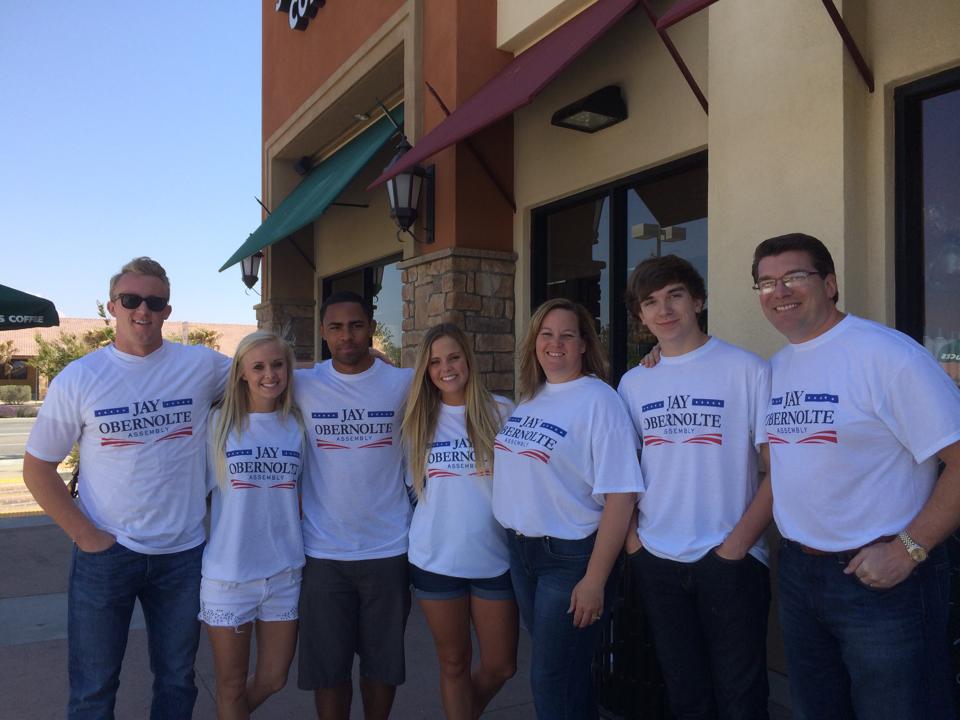 A local mayor with more than two decades’ experience running a high-tech firm in the mountains is our choice for the open 33rd Assembly District seat.

Jay Obernolte is the Republican running to replace Assemblyman-turned-gubernatorial candidate Tim Donnelly. John Coffey, a Democrat, is the other candidate in the Nov. 4 race.

Obernolte, who was elected to the Big Bear Lake City Council in 2010 and is serving his second stint as mayor, is the owner of a small firm that develops video games for Apple, Microsoft and Sony.

We endorse Obernolte over Coffey, who won the editorial board’s backing in 2012, not because Coffey would be a poor legislator but because the state and the 33rd District would benefit more from Obernolte’s skill set.

His experience in business, combined with his background in engineering, will be a tremendous asset to the Legislature as it continues to attempt to shepherd California’s economic recovery following the 2008 financial crisis.

Obernolte considers himself a fiscal conservative and pledges to fight against regulations that impede economic development and make it difficult for the state to compete with other, more business-friendly states.

As we’ve said before, the Legislature could use more small-business owners in its ranks to counter the influence of public employee unions and other groups that typically have the ear of the Democrat-controlled houses. Obernolte would check the urges of Democrats who favor spending on new projects over repaying the state’s debts, for example.

Additionally, Obernolte’s background would provide Sacramento with terrific insights into where the state’s future business opportunities may lie. Obernolte is eager to get the state to look at where technology is headed to put California at the cutting edge in transportation, infrastructure and business development.

Obernolte also expects to spend a fair amount of time repairing relationships that have become strained in recent years, he says, due to Donnelly’s often bombastic style and his focus on the governor’s race. The geography and demographics of the district — which covers the High Desert and much of the San Bernardino mountains — are challenging enough, Obernolte says, and it’s time to reach out to constituents who may have felt neglected under Donnelly’s representation.

Vote Jay Obernolte for the 33rd District on Nov. 4.